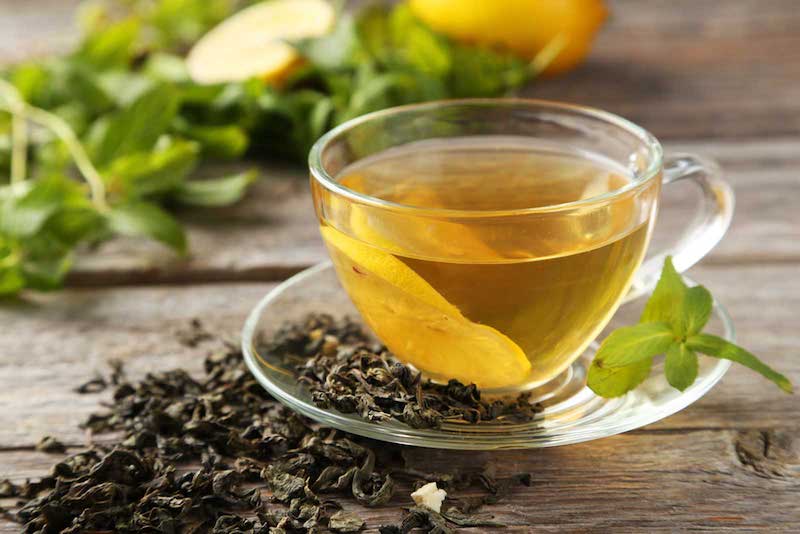 Tea is undoubtedly one of the most widely consumed beverages around the world. And among the hundreds of different kinds of tea that offer medicinal benefits, green tea is one of the most prized for its multitude of health-promoting qualities. You’ve probably heard a lot about the many benefits of drinking green tea.

So, what’s all the fuss about?

Well, let’s delve into that a little bit.

In its natural, unaltered form green tea is made from the leaves and leaf buds of Camellia sinensis, which is an evergreen shrub that thrives in tropical forest environments. In and of itself, green tea is generally comprised of fiber, amino acids, and a number of key micronutrients.

It is especially rich in phytonutrient compounds called polyphenols, which are potent antioxidants that possess disease-fighting effects. Flavonols, commonly known as catechins, are the most abundant polyphenols present in green tea. These catechins are largely responsible for its countless health benefits.

Believe it or not, most, if not all, chronic (non-communicable) diseases are in some way or another linked to an increased presence of free radicals including heart disease, diabetes, cancer, degenerative diseases, and inflammatory disorders. Such diseases typically manifest when the body’s antioxidant defense mechanisms are overwhelmed, either by some impairment or when there’s insufficient antioxidants obtained from the diet.

Remarkably, in addition to exerting their own antioxidant activity, green tea catechins can also heighten the body’s inherent antioxidant mechanisms in ways that could very well alter, and even delay, the progression of chronic diseases.

And the evidence is there!

For instance, green tea catechins have been shown to promote heart health by lowering circulating low-density lipoprotein (LDL) cholesterol, which is generally known as “bad” cholesterol. They can also aid in the regulation of blood glucose (sugar), which is critical for both the prevention and management of diabetes.

In addition to these beneficial effects, regular consumption of green tea has repeatedly been linked to weight loss and may also reduce the risk of liver and kidney disease, various forms of cancer, and neurodegenerative diseases including Alzheimer’s and Parkinson’s disease.

What about the caffeine levels in green tea?

Interestingly, the stimulatory properties of caffeine can also support long-term weight management by increasing the rate at which the body burns calories (metabolism). In fact, owing to the combined effects of catechins and caffeine, green tea can improve the body’s ability to burn more fat more efficiently during all types of activity, including rest.

Now, it’s important to understand that excessive consumption of green tea does come with some risks. For instance, the catechins it contains may influence proper absorption of iron from foods. Green tea also contains the micronutrient aluminum, increased intake of which has been linked to neurological diseases.

Due to its caffeine content, obviously green tea can be habit-forming.

However, unless you’re drinking it by the liter, I wouldn’t be too alarmed about the caffeine housed in green tea, as it’s substantially lower than that of coffee.

I personally love my two cups of coffee in the morning, as it also supplies a wealth of nutrients. And, I’d generally prefer to have another cup or two in the afternoon, but knowing the risks associated with excessive caffeine intake, I’ve recently started to switch it up with a cup of green tea instead.

Always carefully vet any products you use and get to know the ingredients they contain before you buy them. The presence of green tea alone does not ensure nutritional quality.

Related Article: Supplements Are No Substitute for Good Nutrition

So, that’s basically the nitty-gritty of green tea.

In and of itself, green tea is bold and versatile in flavor, rich in nutrients, and has clear health benefits. It’s also an excellent alternative to consuming soda and energy drinks all day and a whole lot friendlier on the waistline. Believe it or not, you can reap full benefits by drinking as little as two 6-8-ounce cups per day.

Juicing Vs Blending: Which is Really Better for You? 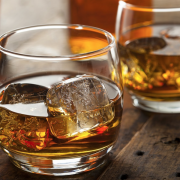 Simple Ways to Enjoy Alcohol Without Gaining a Pound 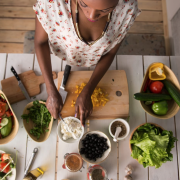 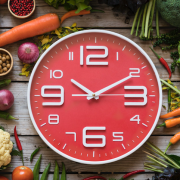 A Beginner’s Guide to Intermittent Fasting: What to Eat for Maximum Results 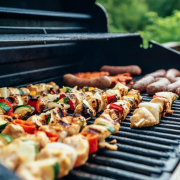