I was recently asked if: “There’s such a thing as going into ‘starvation mode’ if you’re morbidly obese?”—That’s being more than 100 pounds overweight.

My short answer is: Yes.

My long answer is: Yes, but it’s complicated.

Truth is, more than 90% of people who lose weight regain it within five years and, in many cases, the starvation response is largely to blame. Whether you’re generally classified as “normal weight”, “overweight” or “obese”, excessively restricting calories to lose weight or even maintain weight loss can over time trigger this bodily response.

Let me delve into this a bit further, by explaining what starvation mode is and how it works.

What Is Starvation Mode?

The starvation response itself is a highly complex and coordinated set of adaptive bodily changes that ultimately result in a steady decline in basal metabolic rate (BMR or “metabolism”), which is the number of calories your body burns at rest. Significant drops in metabolism will inherently cause your body to burn fewer calories (or, more specifically, less fat) on a day-to-day basis.

Since metabolism is influenced by a number of factors (gender, age, height, weight, and physical activity habits), the level of calorie restriction at which the starvation response is triggered can vary widely from person to person. Nevertheless, due to effects on the body’s inherent fat-burning potential, this response presents a direct hinderance to long-term weight loss success.

As I mentioned before, extreme calorie restriction can over time trigger starvation mode. The average adult requires somewhere between 1,200 and 1,800 calories per day to sustain vital bodily functions (breathing, heart function, and brain activity). In other words, a daily intake of at least 1,200-1,800 calories will help keep your body functioning at its best.

If the minimum calorie requirement isn’t consistently met, the body resorts to other means of obtaining the energy it needs to function optimally.

Initially, any contents of the digestive tract are depleted after which carbohydrates stored as glycogen in the muscle and liver are exhausted. Once this all takes place, which actually happens in a matter of a day or so, the body begins to break down stored fat in order to convert it into useable or “burnable” energy.

In other words, the body begins to “feast” on its own stored fat.

If you’re trying to lose weight, this is an ideal short-term situation, as your body’s overall fat-burning potential is greatly maximized.

Interestingly enough, in the average adult, stored fat is sufficient enough to meet the body’s daily calorie needs for up to 3 months. So, one would reasonably assume that the body can thrive on a severely restricted diet, especially in the presence of obesity.

But, that’s not how the body works.

Although the burning of stored fat can lead to significant weight loss, problem is, fat stores are meant to serve as an energy ‘buffer’ rather than a ‘primary’ energy source. As such, the moment you start restricting calories and tapping into your existing fat stores, the body senses this as a potentially dangerous state and the starvation response kicks in.

If the minimum calorie requirement isn’t consistently met, the body resorts to other means of obtaining the energy it needs to function optimally.

With each passing day, metabolism gradually declines and, over time, many non-essential bodily functions (digestion, immunity, and higher-level brain activity) will take a hit. When starvation mode is in full effect, protein is stripped from muscle tissue in order to pick up some of the slack. Since metabolism is largely influenced by muscle mass, this’ll further reduce your overall BMR.

In fact, research suggests that as little as a 10% reduction in body weight is accompanied by an average decline of 20-25% in metabolism. As such, an adult who was once obese will now require 300–400 fewer calories per day to maintain the same body weight and physical activity level as someone who was never obese who has the exact same body weight.

The same holds true among adults classified as “normal weight” or “overweight”—Though the effects will be less dramatic among those with relatively smaller frames.

As little as a 10% reduction in body weight is accompanied by an average decline of 20-25% in metabolism.

Increasing Levels of Obesity Complicates Everything

So, to the question of whether or not “there’s such a thing as going into ‘starvation mode’ if you’re morbidly obese,” the most complicated part is that the entire process of weight gain is one that’s highly adaptive in nature.

We, as human beings, are physically built for survival (physical, mental and emotional). As such, our bodies inherently make adjustments in order to adapt to internal (sensation of hunger) and external (sensing danger) stimuli, whether non-threatening or threatening.

Weight gain and, subsequently, obesity can result from such survival mechanisms.

When you’ve achieved the feeling of ‘fullness’ (satiety) during eating (stimulus) a signal is sent to your brain that suppresses your appetite so that you’ll refrain from further eating. Continuing to eat beyond this point (overeating) may lead to an exaggerated sense of fullness.

If, for whatever reason (emotional or psychological), you make a conscious choice to continue a pattern of overeating, your brain can eventually become insensitive to the signals that control appetite. Pretty soon, food cravings and weight gain ensue, and a part of your ‘survival’ now depends on excessive eating as a means of maintaining the extra weight.

This balance usually occurs in a morbidly obese state because your BMR increases in proportion with your body weight. Once this balance has occurred, it becomes increasingly difficult to gain weight in response to overeating because your calorie demand is so high (oftentimes, in excess of 3,000-3,500 calories per day).

During this phase of the game, losing weight can seem next to impossible.

Remember, your body’s survival mechanisms have kicked in for the purpose of protecting against weight loss because the obese state is now the ‘normal’ state.

Therefore, when you dramatically restrict calories through dieting your body will perceive this as ‘starvation’ (a threat), which will ultimately result in a decrease in your metabolism in order to preserve any available calories. When this occurs, eating normally will have the same outcome as overeating, weight gain. This is all part of the survival mechanism.

How to Counter Starvation Mode During Weight Loss

If you want to lose weight, err on the side of caution and avoid any diet that encourages extreme calorie restriction. If you decide to go that route, only do so under medical supervision. But, understand that whether the diet is medically supervised or not, the risk of triggering the starvation response and possibly regaining weight after weight loss doesn’t diminish.

This is evidenced by the rates of patient weight regain associated with pharmacological and bariatric surgical interventions which range from 45 to 65%.

Related Article: Before and After: Achieving Lasting Weight Loss with Bariatric Surgery

Instead of reducing your daily food intake by 1,000-plus calories for dramatic weight loss, better to opt for calorie restrictions in the ballpark of 250-500 calories per day (1,750-3,500 per week) and then make an effort to burn an additional 250-500 calories (or more) with daily physical activity. Doing so equates to a weight loss of 1-2 pounds per week (possibly more in the presence of obesity) and substantially reduces the risk of weight regain.

Related Article: Why You Shouldn’t Attempt to Lose More than 2 Pounds a Week

Daily physical activity can include spontaneous activities like performing housework, taking the stairs or going for a leisure walk in addition to engaging in structured exercise training. When it comes to exercise training, a combination of cardiovascular (cardio) exercise and resistance training is critical for preserving muscle. Remember, increased muscle promotes a higher metabolism, meaning you’ll burn more calories and, ultimately, lose more weight over time.

An abundance of scientific evidence suggests that people who have lost weight through calorie restriction and successfully kept it off (myself included) have four things in common:

At the end of the day, weight loss and, ultimately, weight loss maintenance requires long-term lifestyle changes. This is truly the only option for successfully keeping the starvation response at bay.

Eating Without a Conscience: My Personal Battle with Food Addiction 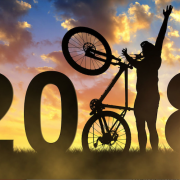 5 Highly Effective Ways to Reduce the Appearance of Cellulite 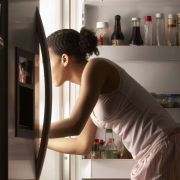 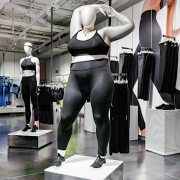