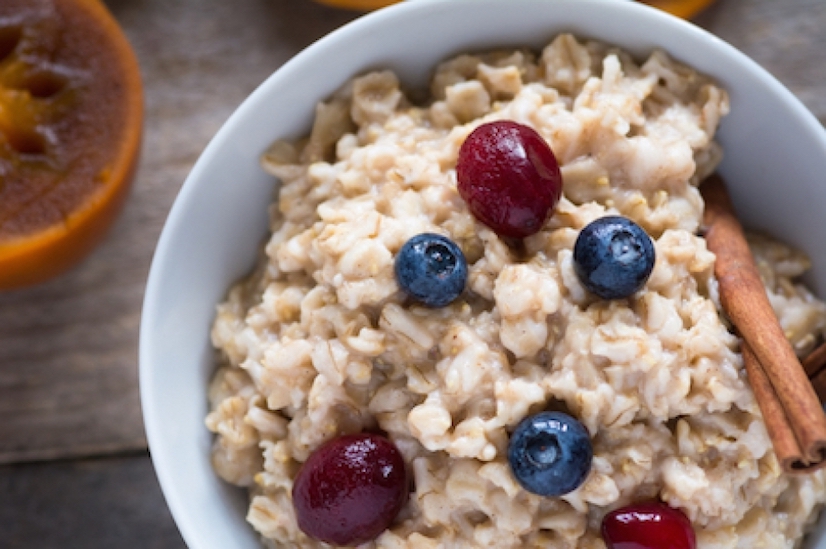 Oatmeal is an excellent source of whole grains as it is naturally low in calories and incredibly rich in valuable nutrients. It’s an especially unique cereal in that it comes in many forms including old-fashioned oatmeal, quick cooking oats, steel cut oats and instant oats, each of which varies in taste, texture, and overall nutritional quality. Here’s a general breakdown of the different kinds of oats.

All oats start out as groats, which are essentially whole grain oats with the hull (inedible outer shell) removed. Oat groats have been cleaned and toasted with the germ (inner layer), endosperm (middle layer), and bran (outer layer) intact. Old-Fashioned Oatmeal Steaming and flattening oat groats makes old-fashioned oatmeal (rolled oats). This type of oatmeal is often referred to as “regular” oatmeal. Old-fashioned oatmeal has a chewy yet smooth texture. On an average it takes about 15 minutes to cook.

Cutting rolled oats into small pieces prior to steaming makes quick cooking oats (quick oats). The flavor of quick oats is very similar to that of old-fashioned oatmeal, however, the chewy texture is less pronounced. As the name implies, quick oats take less time to cook than old-fashioned oats (about 5 minutes).

Instant oats generally come in 1.5-ounce single-serving packets, which can be very convenient when eating on the go. Unlike rolled, quick and steel cut oats, these oats are pre-cooked, dried, and often sweetened with sugar and added flavorings. Instant oats typically take about a minute to prepare and they have sort of a mushy, pasty texture.

The nutritional qualities of old-fashioned oatmeal, quick cooking oats and steel-cut oats are pretty much equal. It really comes down to your personal preference and how much time you have to cook. These oats provide large amounts of dietary fiber, namely beta-glucan, which is a soluble fiber that’s been shown to lower the risk of numerous chronic conditions including heart disease and type 2 diabetes.

They are also a great source of key minerals including magnesium, phosphorus, manganese and the powerful antioxidants selenium and zinc. Instant oats also contain beta-glucan and essential minerals but they’re not as nutritious as the other types of oats since most brands house large amounts of added sugar and sodium. To reap maximum nutritional benefits opt for brands labeled “regular”.

Whether, rolled, quick cooking, steel cut or even instant, oatmeal is an incredibly versatile food that you can enjoy for breakfast, a snack, or even a dessert. These oats can be enjoyed as a stand-alone meal or added to baked goods (muffins, cookies and cakes), casseroles and smoothies.

A Simple Guide to Eating Sensibly

Three Healthy Ways to Celebrate the 4th of July

How Pescatarian Diets Can Be Good for Your Health

How to Create a Perfectly Healthy Peanut Butter and Jelly Sandwich