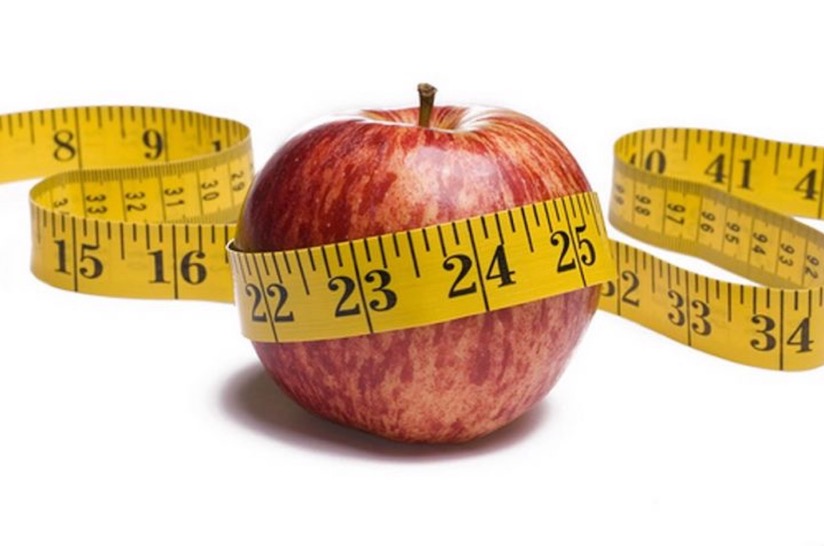 After many years of providing educational seminars, lectures and workshops on a wide range of health, fitness and nutrition-related topics, one of my personal favorite points of discussion is the “apple-shaped” figure. At some time or another either you or someone you know has probably been told you have an apple shape. But, do you actually know what that means?

What Is an Apple Shape?

The “apple shape” is a widely accepted term used to describe a central body fat distribution. This essentially means that body fat tends to accumulate in the torso around the abdominal area. If you have an apple-shaped body, gaining weight can cause your waistline to expand out of control, hence the appearance of what’s commonly referred to as a “gut”, “muffin top” or simply “belly fat”.

When it comes to having an apple shape, excess weight gain is a two-fold problem. 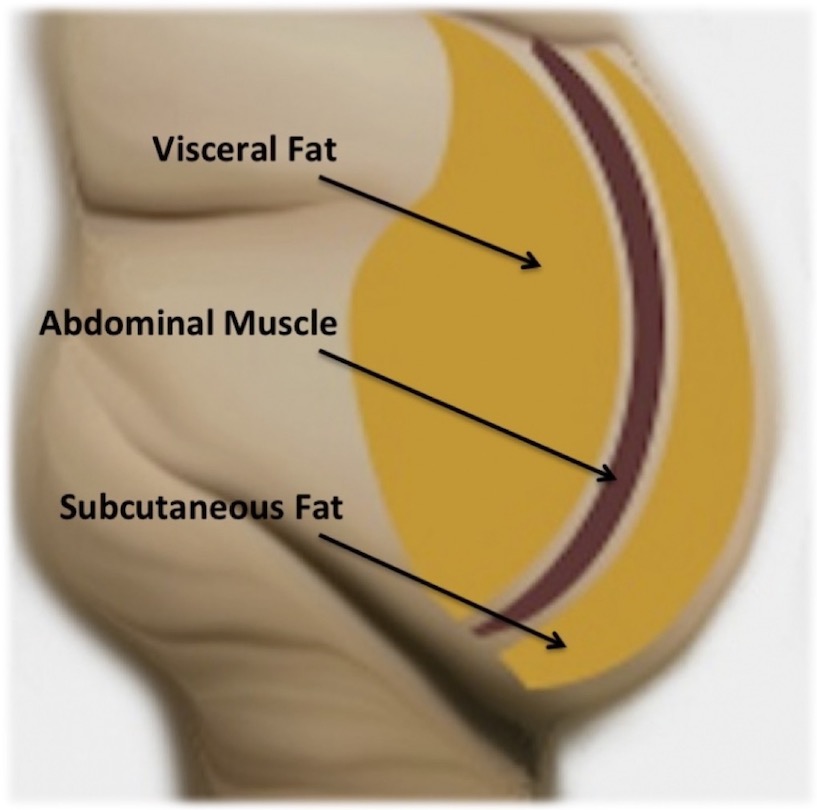 First, there’s a buildup of subcutaneous fat, which is located just underneath the skin.

Now, this type of fat is not unique to the apple shape, as it’s widely distributed throughout the body, whether you’re thin or overweight. But, in excess, subcutaneous fat makes the body appear “flabby”. Additionally, apple-shaped people tend to store more subcutaneous fat in and around the torso (back, shoulders, and arms) and abdomen.

Then there’s an accumulation of a deeper layer of fat tissue located just behind the abdominal muscles, which is known as visceral fat.

A buildup of visceral fat causes the abdominal muscles to protrude giving the appearance of the classic “beer belly”. It’s an excess of this fat that’s linked to many of the health problems associated with obesity including heart disease, high blood pressure, and type 2 diabetes.

Related Article: The Skinny on Being Fat

What Factors Contribute to an Apple Shape?

Having an apple shape is closely linked to genetics; however, several other factors play key roles including gender, age, hormonal status, stress levels, and lifestyle behaviors. In general, young women tend to have less visceral fat than men due to a predominance of the female hormone estrogen.

Related Article: I’m Approaching 40 and Getting Belly Fat: What’s Up With That?

Another hormone that contributes to visceral fat and the apple shape distribution is cortisol, which is the body’s primary stress hormone. Cortisol is released in response to any stressful situation whether it’s due to a personal tragedy, conflicts with family, friends, or co-workers, and even a lack of sleep.

And then there are those lifestyle behaviors, which play a huge role in the appearance of the apple shape. Regardless of how your body fat is genetically distributed the two factors that have the most profound impact on your total body fat are the amount of calories you consume and the amount you burn on a daily basis.

How Can an Apple Shape Be Reduced?

With the right combination of exercise and sensible eating habits you can greatly reduce excess visceral fat and body wide subcutaneous fat reducing the overall appearance of your apple shape. The best combination involves cardiovascular (cardio) exercise along with resistance training.

While a buildup of subcutaneous fat is closely linked to physical activity (or lack there of), visceral fat accumulation is directly related to the foods you eat. As such, adopting a sensible, well-balanced diet is an must. This can easily be done through regular consumption of a wide array of whole foods in order to ensure you’re getting in all the macronutrients and micronutrients needed to support your efforts.

Hopefully, I’ve provided you with some useful information pertaining to the ins and outs of the apple-shaped figure. While some contributing factors aren’t controllable (genetics, gender, and age), you can certainly stop your waistline (and health) from spiraling out of control by simply being physically active and monitoring the quality and portions of any and all foods you consume.

The Best Exercise Equipment for Toning Your Hips