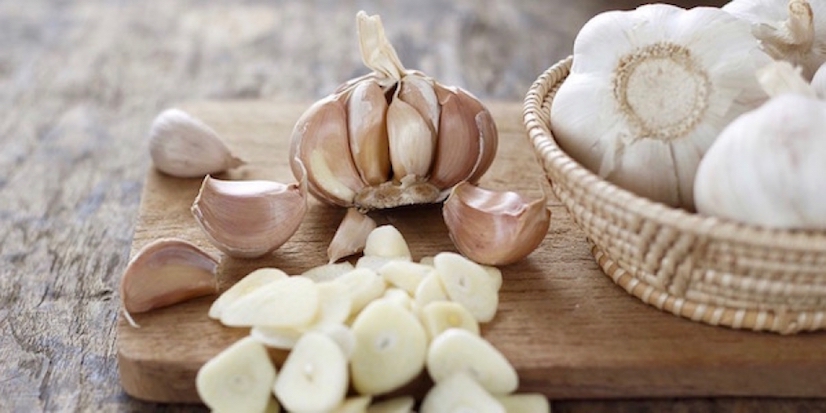 Growing up in Chicago, I spent a lot of time at my grandma’s house. I have very fond memories of tasting fresh cucumbers and tomatoes from her garden during the warmer months of the year and the cantaloupe and honeydew melons she bought from the grocery store during the year’s colder months.

While these memories are vivid and sharp, what’s even more memorable about my grandma is the amount of table salt (sodium chloride) she regularly added to these otherwise nutritious plant-based foods.

In fact, the first time I watched her add salt to a bowl of sliced melon, my stomach literally began to churn. From fruits and veggies to beans and meats, salt was definitely her go-to food seasoning. I’m sure some of you can relate.

Sadly, my grandmother succumbed to the second of two strokes just shy of her 60th birthday.

What I know now that I didn’t know then is that her high-sodium diet was most likely a primary culprit in her untimely death.

The problem is that a high intake of salt can drive the progression of a number of chronic diseases including heart disease, hypertension, and kidney disease. Still, a large majority of folks continue to use it religiously, as if sodium isn’t already housed in most of the animal-based foods, breads and other processed foods eaten every day.

I’m sure you’ve heard it a million times and know how important it is to limit the amount of salt in your diet. Believe it or not, you can substantially reduce your risk of disease by simply putting down the saltshaker and using herbs, spices, and natural seasoning blends to add flavor to your favorite foods.

Garlic for example is an incredibly savory spice that can naturally enhance the taste of virtually any food, especially meats, seafood, poultry, breads and pasta.

In addition to its flavor-enhancing potential, garlic has powerful disease-fighting effects, as it has been shown to effectively normalize blood cholesterol levels in ways that protect against heart disease. Garlic intake has also been associated with reductions in cancer risk and is known to reduce high blood pressure in individuals with hypertension.

Fresh citrus fruits are another sodium-free way to boost the taste of your favorite recipes and they are incredibly nutritious.

Citrus fruits are naturally rich in vitamin C, which is a potent antioxidant that is crucial for proper functioning of the body’s immune system. They also house large amounts of flavonoid antioxidants known to reduce blood pressure, improve cholesterol levels, and reduce tumor growth among people with cancer.

While freshly squeezed citrus fruits are great for flavor, most of their nutrients can be found in the peels. To reap the full nutritional benefits of citrus fruits, simply grate the peels and use them to provide zest to your vegetable side dishes, casseroles, and salads.

Related Article: A Great Way To Spice Up Your Water

And then there are onions, which are indeed one of the most forgotten all-natural seasoning sources. Whether white, yellow, green or red, all onions have a pungent, yet sweet flavor that brings most foods to life.

But, onions aren’t just flavor enhancers, as they contain a specific flavonoid called quercetin that has potent antioxidant properties.

Similar to onions, hot and sweet red peppers are excellent for cooking, as they add unique flavor to salads, omelets, soups, stews, and stir-fries.

Red peppers are particularly rich in beta-carotene and vitamin C, which function collectively in boosting immunity and warding off disease by countering free radical production in the body. They also contain a natural chemical called capsaicin that has been shown to reduce blood LDL (“bad”) cholesterol and triglyceride (fat in the blood) levels in ways that help prevent heart attacks and strokes.

Finally, I’d be remiss if I didn’t mention thyme, which is the perfect sodium-free accompaniment to homemade soups, stews, and sauces.

Since thyme has a strong, distinctive taste, it pairs very well with other seasonings like rosemary, basil, and lemon. Remarkably, for centuries thyme has been used worldwide as a treatment for a range of diseases, as it has potent antioxidant, anti-inflammatory, and antibacterial effects.

It’s also a well-known treatment for respiratory problems, gastrointestinal disorders, and arthritis due to its analgesic properties.

Now, I’ll be the first to admit that salt makes almost everything taste better, which is why so many people find it hard to give up the shaker. I can recall once injecting a heaping dose of tough love to a living family member who regularly takes in way to much salt and subsequently being dismissed by the statement: “YOU NEED SALT TO LIVE!”

Though it might sound a bit erroneous, the statement is quite true.

The body actually does require small amounts of sodium for proper functioning. However, the fact of the matter is that most, if not all, people consume way more than what is necessary for good health.

At the end of the day, additives like garlic, citrus fruits, onions, peppers, and thyme not only make great low-sodium food flavorings but they also have been used as alternative medicine treatments for centuries. In addition to these, there are tons of other natural seasonings (including vinegars) that can satisfy your taste buds while also benefiting your health.

Decoding Calories and Calories from Fat on Food Labels 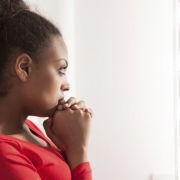 High Cholesterol: What You Need to Know

Red Meat: Friend or Foe to Your Health? 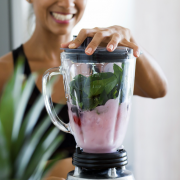